I really respect the man. How different he is to his characters in Bean and Blackadder. He seems so normal - actually very intelligent - in this interview. I really enjoy seeing the people behind the characters, especially when they turn out to be truly impressive.
Finding your 'end of the line' is not the real end of the line. It's a problem to be solved. It's an opportunity for growth. The spirit must keep advancing, just as technology does, just as humanity does.

Wow! That's true! I'm actually surprised that no one has really brought up Atkinson, but my guess would be something of an XNXP... I'm not sure what about his mannuerisms (besides maybe a quiet confidence) would make him seem like an introvert. I also like looking up comedic actors outside of their roles, like Ardal O'Hanlon after I finished watching Father Ted.
yawn.​ 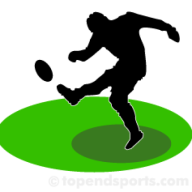 I get Ti, Ni and Fe from watching that interview - so that would suggest ISTP.

Is Mr Bean supposed to be an ENTP character ?

Irishpenguin;169280 said:
And Adymus is a pretty cool guy, he fights monsters and aliens and DOESN"T AFRAID OF ANYTHING.
Click to expand...

Pod'Lair: MBTI not enough for you? Come see what you have been missing...

I would say that he is ISTP...

Yeah, Atkinson is extremely intelligent (despite some of his roles being rather goofy); he's very calculating in what he does and is aware also of how it will be play from the outside. Comedic actors usually have to be very smart (and quick), if they're to be truly funny.

I think it's interesting that he's such a physical actor, despite being so intelligent -- he's well-aware of his body, how it moves, and can evoke a lot of ideas through his posturing.

His roles outside his own work tend to be a little more hit-or-miss. I didn't find him particularly funny in "Rat Race," but he did great as Zazu in "The Lion King" and that was just voice work (although I'm sure they used some of his actual facial expressions for the animation basis).
... My toast is dark and full of terrors.

Location
Objects in the mirror might look closer than they

You must log in or register to reply here.
Top Bottom