Anyone can join. (Maybe.)

It's not good cake though.

That was much bigger than I intended
fucking illuminati
​

Sadly I'm just about to go to bed, but I'd like to join some time later.

crobob
Your mind is like a sword; It's easier to kill people when it's sharp.
When life gives you lemons, put one in the microwave for ten minutes to see what happens.
http://cataclysmrpg.wordpress.com/
http://spaceyeti.wordpress.com/

"you're a poet whether you like it or not"

Location
The Maze in the Heart of the Castle

I want to join! My skype name is:
Peter / Civilian
WARNING: STRATEGIC MIND MERGING AT HIGH SPEEDS FROM RIGHT.

Organizing this on an asynchronous medium such as a forum is not exactly what I would usually characterize as a good idea...
Those people who think they know everything are a great annoyance to those of us who do — Asimov

Kuu said:
Organizing this on an asynchronous medium such as a forum is not exactly what I would usually characterize as a good idea...
Click to expand...

Feel free to PM us your names rather than posting them publicly. Cake and I have been inviting most people, so that's probably the fastest, although 420 MuNkEy is usually around and on top of things as well.

(I think this is what you were referring to.)
This space for rent.

I'll be gone on holiday for another two weeks... again. I wonder if I ever will join a hang out.

Location
East of the mountains.

My skype name is 'meerpowa', I think.

My skype name is 'meerpowa', I think.
Click to expand...

Meercat! estoy muy excitado!
Everything has
beauty, but not
everyone sees it.

-->
If you join Melllvar will do backflips.

Depends how drunk he is
fucking illuminati
​

He is pretty drunk 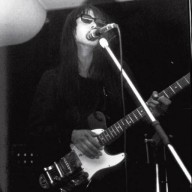 I'll join, lol.. I'll start out by just adding the OP. Can't have 10 unknown people on my Skype!
http://www.last.fm/user/Lobstrich

People left, you guys should try to fill the void in our hearts.

Join if you want to see Oedipus here laugh about Bambi's mother dying..

Here to bring back the love!

Location
I have an existential map. It has "You are here" w

I might join in at some point. Same ID as here.

Lots of people should come talk to us.

Is there a new chat or so?

The two chats I used to be on seem completely dead.

There are a few new chats. In fact it seems things have died down or been moving rather slow as a lot of people moved on to subchats or just got bored with the place and left or quit talking. Maybe with some new people the big, old mainchat would get kicking again though. Oh well, it was inevitable.

Regardless, I'll say that skype is pretty fucking fun for communicating with random strangers on the internet.
This space for rent.

The main subchat is mostly for Dor's benefit, I suppose. When Munkey comes back we can all be a big happy family again.

Originally the chat was meant to be just a party. However, the party never stopped. Every day I feared the party would die. I prayed by my bed daily and I had libations for the Party God. There would be party crashers, the police would come because of a noise complaint. People did drunken backflips and died.

Now, the chat is a wasteland. Destroyed by the fallout from the partying. Some of us managed to survive by staying in bunkers, which were six feet underground and had a foot of concrete between the earth and us. We're low on water and there are only a few cans of food left. I had to eat my dog, yesterday.

I have seen what men become when they are starved. Like zombies, they will devour anything. Their eyes become hollowed abysses. It’s as if they had been crudely carved out with a knife. Inside, they are empty. Only living to feed the hunger. This unsatisfiable hunger it consumes you. There is no single thought of anything, but to feed.

All joking aside, you should join if you need someone to talk to. It may feel like you’re talking to yourself or a brick wall, but who else would listen?

I remember the sight well the first time I went back out. I looked around and saw others crawling out of their bunkers, too. There were craters everywhere and as I neared the others I could see the same shell-shocked look that I imagined was prevalent on my own face.

That night was when it really started though. We came together to take stock of what food we had left, but none of us could agree. The Council wanted it all for themselves. The Common Folk advocated free sharing. We lost a few that night.

The group has been slowly splintering under this new stress. Hopefully if more join we can kill them and eat their corpses. I would really like to not have to eat someone I've already come to know and appreciate.

This should be fun.

You won't be disappointed. Maybe.

You will be flooded by heated arguments on the origins of peanut butter and me whining...

We're going to fatten you up then eat you.
fucking illuminati
​

Also, I may get drunk and hit on you (gender matters not). I apologize in advance for my advances.
This space for rent.

I've added Cake. Now, don't expect me to be online often, but I may join from time to time.

Cognisant;308182 said:
Bah who am I kidding, even if I was perfectly happy I'd complain about having nothing to complain about, I get off on dark and bitter existentialism

I think we should post in here every so often so any new-type-people who haven't seen this have the option of joining if they'd like. We need new people to make fun of and ultimately banish.
fucking illuminati
​

How does this work then ? (added Cake)

and the cake is also a lie.

-->
Your friendly neighboorhood asocialites often creating some kind of fun conversation to run into, open just about 23/7

It's more of a party when I'm home.