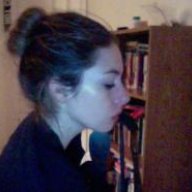 Have any of you guys seen this dude? I was laid up on the couch recovering from a root canal last night and caught some Jeopardy TOC. This guy was killing it and his strategy and awkward/hyperintelligent/probable sociopath demeanor (

) intrigued me so I googled him. He used to be a poker player but now works as a currency trader. Totally game theory-ing the game.
What this forum feels like: 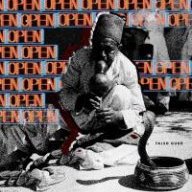 Location
Objects in the mirror might look closer than they 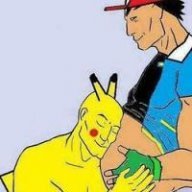 Could you explain what this guy is doing that's got knickers knotted? I've never seen Jeopardy, and from what I've read this is not the first person to apply game theory. Is it actually game theory being applied or just theories about games? 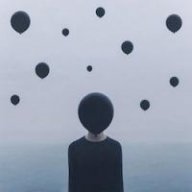 
https://www.youtube.com/watch?v=fEXiuOjBjqE
Not sure where folks are getting the sociopath vibe? (Says the INTJ...) 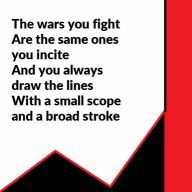 INTJ and he is not socially awkward either.
As for the search for truth,
I know from my own painful searching,
with its many blind alleys,
how hard it is to take a reliable step,
be it ever so small,
towards the understanding of that which is truly significant.

~Albert Einstein
The purpose of life is to eliminate suffering and to give unconditional positive feedback.
You can never completely eliminate suffering but giving unconditional positive feedback without a condition is only meant for true truth seekers.
Therefore, the purpose of life is to spread your message.


I have been enlightened by coming to grips with my shadow self and now I see.
That is not where the story ends. I have seen the light in my pursuit.
I speak the truth - to the heart of the matter.

"The difficulty of an impossible task is amplified infinitely by the ease to which it is not done, therefore, a task that is accomplished is difficult and a task that is never done is easy" Author unknown.

Hadoblado said:
Could you explain what this guy is doing that's got knickers knotted? I've never seen Jeopardy, and from what I've read this is not the first person to apply game theory. Is it actually game theory being applied or just theories about games?
Click to expand...

So what makes Chu so unusual? While most players will start from the top of each column on the Jeopardy board and progress sequentially as question difficulty increases, Chu picks questions at random, using what's called the Forrest Bounce to hunt for the three Daily Doubles, which are often scattered among the harder questions in every game. Instead of moving from the $200 question to the $400 question and so forth, Chu might bounce between all of the $1,600 or $2,000 questions—not the kind of strategy you often see on Jeopardy.

Chu does this for two reasons. For one, it throws everyone off balance. "It's a lot more mentally tiring to have to jump around the board like that," Chu told me.

More importantly, snagging those Daily Doubles offers him a massive statistical advantage. Since Daily Doubles allow players to bet up to their entire bankrolls, just one can swing an entire Jeopardy match—and Chu's strategy is to control them all, even just to prevent other players from using them.

"The only chance you have to give yourself an edge—the only moment of power, or choice you have in Jeopardy is choosing the next clue if you got the last one right," Chu said. "So if you're unpredictable when you do that, and keep opponents on their toes, it's a lot more mentally tiring and might tick off people in the audience, but it lets you gain and keep an edge that's very important to winning the game."
Click to expand...

I didn't watch Chu and this was the first time I'd seen someone play Jeopardy like that so this Alex guy caught my attention. He's also amusing to watch because he seems so calm and almost dizzy or spaced out but is actually very aware and focused.

Absurdity said:
I just watched this:


https://www.youtube.com/watch?v=fEXiuOjBjqE
Not sure where folks are getting the sociopath vibe? (Says the INTJ...)
Click to expand...

Yes, he actually seems fairly harmless and laidback despite the extreme NTJ-ness...Matt Jackson's the one with the real Patrick Bateman vibe but I think he's more autistic than sociopath.

Alex and Matt are facing off tonight and it will be interesting to see what happens.
What this forum feels like:

-->
If you like this sort of stuff you might like watching poker. I've recently taken an interest and the principles Alex is using are generalised from poker. Thinking in terms of relative mental fatigue, comfort deprivation, statistical approach to risk/reward, relative position etc., these are things that are refined through grinding the game for hours. They appear in other games, but they rarely play such a distinct role. It's a mix of raw rationality and social intuition/control.

There's a lot of hollywooding on youtube that makes for good watching. I'm a big fan of all the more aggressive social plays, though I know they're probably less relevant to getting good at the game itself. 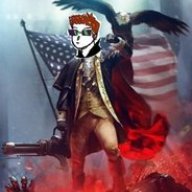 -->
What are your favorite poker players?

So yeah, he won again.
What this forum feels like: 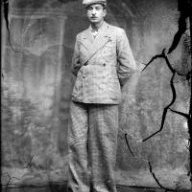 Hadoblado said:
Thinking in terms of relative mental fatigue, comfort deprivation, statistical approach to risk/reward, relative position etc., these are things that are refined through grinding the game for hours.
Click to expand...

Indeed. As a poker pro, one becomes obsessed with thinking about everything in terms of these concepts, very much like chess players become paranoid in real life because they have to be paranoid in the game.
You must log in or register to reply here.
Share:
Share
Top Bottom