What does 'big picture' mean to you? How would you describe it? Can you please provide a concrete example?
"Your vision will become clear only when you can look into your own heart. Who looks outside, dreams; who looks inside, awakes." - Carl Jung

"Everybody is a genius. But if you judge a fish by its ability to climb a tree, it will live its whole life believing that it is stupid." - Albert Einstein

is peeing on the carpet

Location
Behind you, kicking you in the ass

Paladin-X said:
What does 'big picture' mean to you? How would you describe it? Can you please provide a concrete example?
Click to expand...

Context. Big picture to me is the overall goal or point of whatever I'm focused on. Be it a simple task, my business venture, local through world events etc.

I guess I would have to define it as the back bone structure that whole all the small picture Ideas in place.

An example would be Albert Einstein's Universal theory or Douglas Adam's 42.
Sorry guys I am bad at spelling

'Big picture' to me means a range of things such as seeing productive advantages & emergent situations, and thinking multi-contextually with creativity & erudition.

A couple of people find a wallet on the ground filled with dollar bills amounting to hundreds if not thousands. One of them wants to spend it all on immediate gratification such as drugs, a fancy wardrobe or media consumption. The other one makes the point that they could invest the money in activities/objects that would return even more money or more gratification than one-off options.

Here big picture means seeing all off the possibilities and judging which ones are most productive rather than what's most immediate to one's desires. Investing in drugs rather than buying them, suits and other attire to impress future associates, or a quality entertainment system are ways that could still be big picture even if focused on a material lifestyle.

A plane crashes into the ocean halfway through its trip. The remaining survivors make it to an uncharted island. They form groups among themselves and follow their own plans for survival; all but one of the groups spend their time trying to fish and collect coconuts, the group instead looks for safe shelter expecting the island to become hostile during the night, realizing they can live for awhile without food. Nighttime comes and the other groups realize they have nowhere to rest and sleep, ferocious animals come out and attack them all.

Seeing the emergent situation rather than the immediate, current situation is another example of the big picture.

A traveler comes across a bridge blocked by a mythical creature. The creature tells the traveler its riddle must be answered correctly in order to pass. "What goes on four legs in the morning, on two legs at noon, and on three legs in the evening?" The traveler thinks 'that's impossible, no creature does that'. After a long period of intensive thinking the traveler begins to wonder what the creature meant instead of just what it said, and realizes the riddle is only impossible in literal reality. The traveler proceeds to play with the meanings of 'leg' and time of day.

A party of explorers discover an ancient artifact atop the tomb of a king, its respective culture's language is inscribed. One of the party members, the erudite, observes the artifact and interprets the message to be a curse to all intruders who come to raid the tomb. However the erudite knows through extensive research that the curse is activated by stepping on one of the tiles near the exit of the chamber, which would block the exit and release scarabs.

In this example, big picture means using a wide body of knowledge to understand the meanings and implications of a situation, instead of seeing a situation for what's only presently available to the senses.
Maybe there's no peace in this world, for us or for anyone else, I don't know. But I do know that, as long as we live, we must remain true to ourselves.

we will live on forever and ever 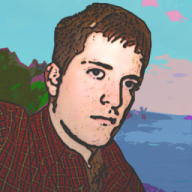 Example: Noting the overall point that a criminal defendant is a bad person who deserves bad things and may have done the instant crime, and ignoring the minor discrepancies that show the people accusing him of the instant crime are lying

Yeah I basically agree about the more prediction correlating with the bigger picture.

snafupants said:
For me I am not to sure about the what is truly the big picture.
May be we are just some program made my advanced people who themselves are some programs.
A matrix inside a matrix inside a matrix......
May be this whole universe is just a neutrino of some other universe with different set of lawas of physics.
After searching knowledge and truth, I only realized how negligible my knowledge is.
I am not sure about anything now.
Click to expand...

^This isn't really related to the OP at all, but yeah, you get it. Not easily described, is it?

The big picture IS relative. Right. Depends on where you are standing. There are many big pictures. It's a matter of selecting a good one.

How are you? Answer this and I will give you a diagnosis. It would help to get off the sauce and clear the brain though. You may be off kilter. Wait a while for re-orientation. What do the medics know? They know something.
__________________
••• The perfect ratio of the around to the across was created by God. What does this have to do with decimals expanded which were created by man? •••
You must log in or register to reply here.
Top Bottom